Why Consistency is King 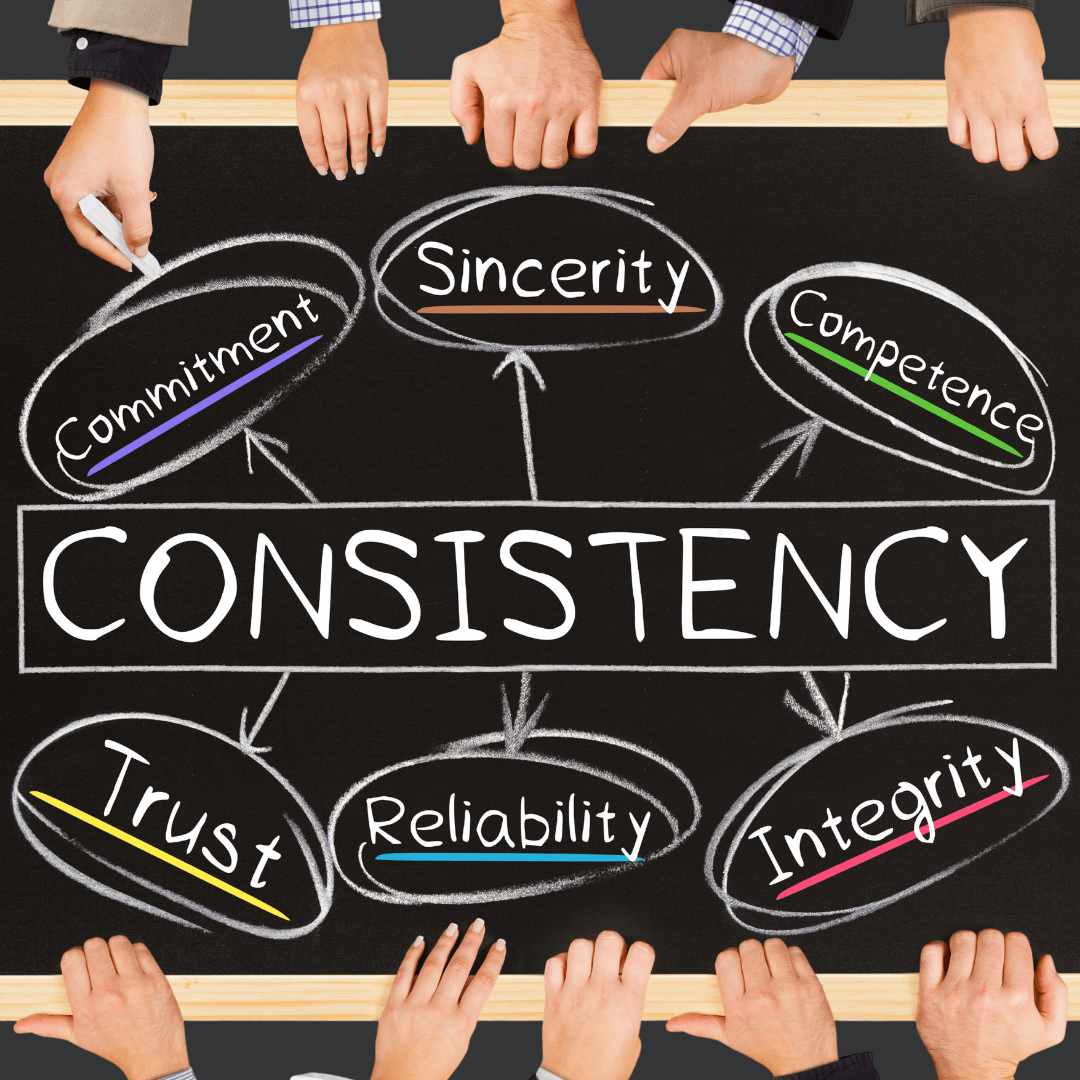 Why What You Do Defines Who You Are

“If you want to be taken seriously, be consistent.” –Unknown

At their core, the habits we build are all about consistency

Take exercising or eating healthily for example. If you aren’t totally committed, what happens? You end up binge watching The Mandalorian while eating a plate of Ho Hos instead of doing squats and crunching on carrots. I’m not saying either is bad. What you commit yourself to is what you do consistently, so choose what you want to commit to and deliver.

When you deliver consistently, it’s hard to question commitment and passion.

When I evaluate employees, I do it on a scale of one to five stars. Three stars is average, and the people that get four or five stars receive them because they consistently perform above average. Not once, not twice, but enough for me to notice their performance was a pattern and not a fluke.

To be considered for a different role, you have to consistently display that you’re qualified for it.

What if you want to be consistently doing something else? A lot of people say to dress for the job you want, but I say, “Perform the role you want.” If you want to be healthier, it doesn’t matter how many track suits you wear, but it does matter if you do the darn squats. The same is true for your job.

Now, I’m not saying you should let your current job fall by the wayside – quite the opposite. You can’t just show up in a suit and expect to be promoted to a management position. You have to do your current job at 100% and show the leadership qualities a manager is expected to have.

Do you always complete your projects when you say you will?

Are you on time every day?

Do you always act with integrity?

Do you communicate clearly in every meeting?

Notice that all those sentences contained the word always or every. That’s because consistency is key.

What are your thoughts on consistency? Do you agree that consistency is king? Let me know in the comments below. Be sure to check out my podcast!