Mass Effect: How Shepard Teaches Us to Lead 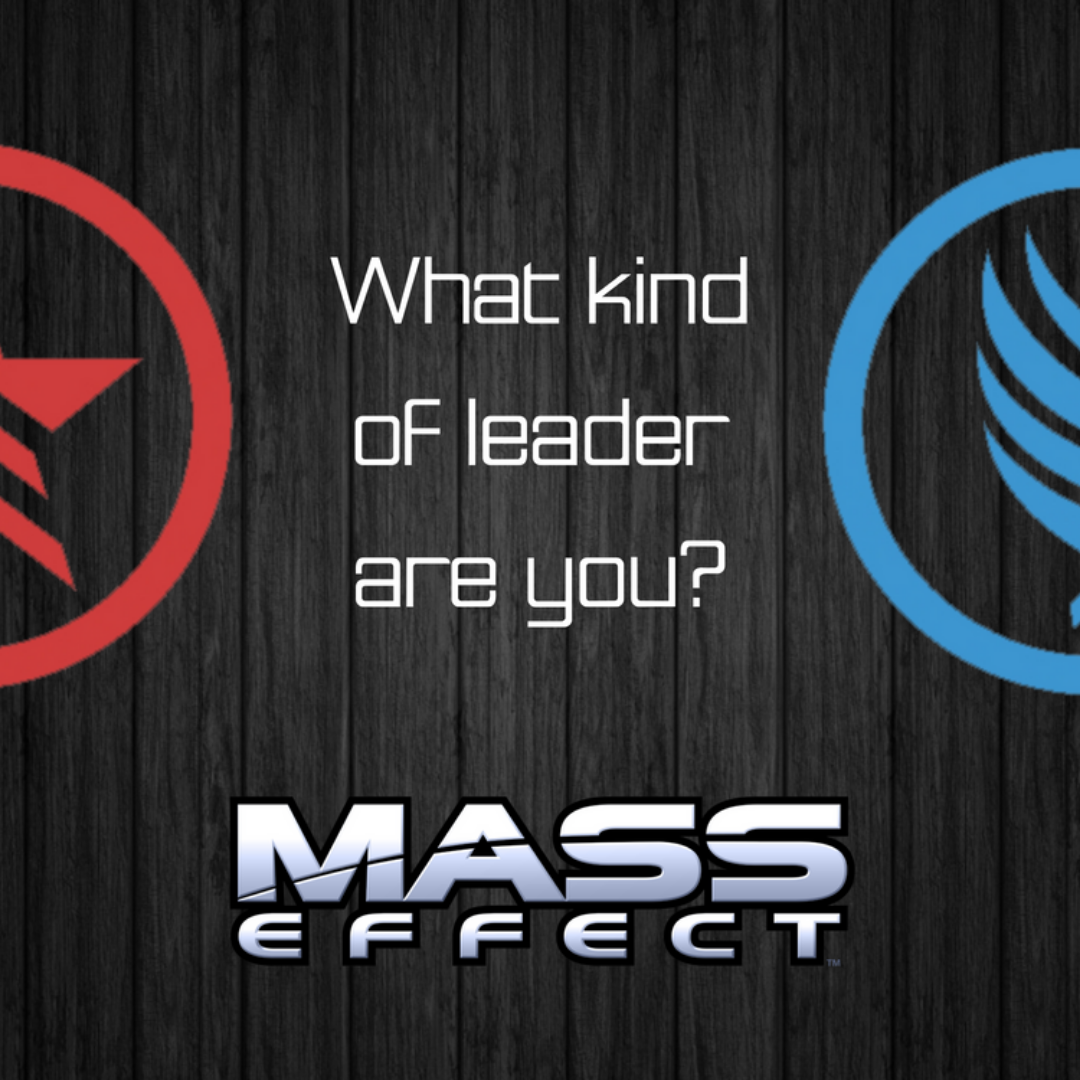 Mass Effect: How Shepard Teaches Us to Lead

“Before Legion sacrificed himself. He referred to himself as I instead of we….The singular pronoun indicates that Legion’s independent personality had fully actualized. In his final moments….he was no longer an avatar of the Geth consensus…..He was a person….” – EDI

What’s your leadership style? Are you more of an honorable Paragon or a ruthless Renegade?

Regardless of how you play the Mass Effect games, leadership lessons abound. Every decision you make in the game can easily correlate to real-world scenarios and show just how such a decision can affect others. Commander Shepard, much like all of us, shows us that even the smallest, most trivial-seeming choices can have far-reaching consequences; something I encourage everyone to spend time thinking about—leader or not. Let’s take a brief look at the opposing styles of leadership showcased via the Paragon/Renegade point system present throughout the Mass Effect franchise.

a person or thing regarded as a perfect example of a particular quality.
“it would have taken a paragon of virtue not to feel viciously jealous”

As the definition above shows, a paragon is a “perfect example.” Paragons are experts, or sometimes savants, who are the best at what they do. It’s interesting to see the phrase “paragon of virtue” in the actual definition of the word, since being a Paragon in Mass Effect involves taking the high road in a positively heroic fashion. We also see “good example” in the similar terms list.

What does this entail, though?

The Paragon choices available to Commander Shepard usually involve the greater good. Frequently, the choice saves the most people or does the least damage (socially, politically, physically, emotionally, etc.). Leaders on this end of the spectrum are often idolized in certain senses because of their awareness of and bias toward the betterment of everyone. They may demonstrate this by gaining consensus from people who will be affected by a change or confronting another leader to stand up for the group. Paragon-type leadership helps you not only keep employees and teammates, it will help teams truly excel at what they do.

Paragon leaders bring people together, enhance the collaborative energy, and build strong foundations of trust. This, in turn, makes it easier for people to work more effectively and maintain much more positive emotional states.

a person who deserts and betrays an organization, country, or set of principles.

On the other end of the morality spectrum, we have Renegade. Just reading through the definition above should give you a pretty good idea of what kind of person fits in these shoes. Renegades may be very good at what they do, but they are the type of people who are willing to be as ruthless and cut-throat as necessary to get the job done. As leaders they are frequently the strong personalities with an “or else” mentality.

Choosing the Renegade path as Commander Shepard makes it immediately clear how poor these kinds of choices are. Cutting statements assert dominance and ensure compliance while sacrificing the emotions and individuality of those on the receiving end. Time and again, Shepard enforces their will through threats and blunt, one-sided logic, which ends up alienating everyone around them. The job may get done, but at what cost? High turnover and low morale are often paradigms that surround a Renegade leader.

Renegades of any sort are often viewed as self-centered, chaotic, and bad for business.

One last note about the Paragon/Renegade spectrum—it’s all about balance. Few of us are the type to be purely one or the other in real life. Sometimes situations demand a Renegade-style decision, but that doesn’t mean it has to be presented in a Renegade-esque way. At the end of the day, I encourage you to think about the choices you make and how they affect others. If a decision seems more along the Renegade spectrum than Paragon, find Paragon approaches to help soften the blow or turn it into something good farther down the road.

Where do you fall along the spectrum? Are you a Paragon leader or a Renegade?

If you’re a leader who is looking for some help to get some more Paragon points, reach out to Adam “Curious” Kobler for a chat!

There you have Mass Effect: How Shepard Teaches Us to Lead. If you enjoyed this article be sure to check out more of Adam Kobler’s thoughts at Protagonist! Also don’t miss my conversation with Adam on my Podcast or YouTube.